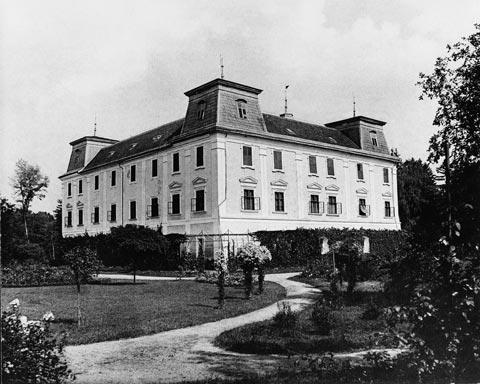 Brief History of the Zlín Castle

1360
the first written mention of a Gothic fortress in Zlín, later in the shape of the letter "U", with a defensive wall in its northern part, bordering on two lakes - water ditches

1860
the Haupt family become owners of the castle

1929
Zlín local council buys the castle from Baron Haupt and leases it to the Bata Support Fund Bata a year later, who set up the club house and cafe in the castle, opening it to the public of Zlín

1958
the castle houses the offices and exhibition halls of the Museum of South East Moravia and of the Regional Gallery of Fine Arts. Since the 1960s (with a few breaks until 2009) the ground floor of the castle was housing a stylish castle restaurant.

2013
for a short period of time, the castle is the home to several art ensembles. The Zlínský zámek charitable fund is founded and starts its activities with a construction and historical survey

24.2 2014
after a short break, the castle begins to serve the general public with an opening of the Václav Chad Gallery