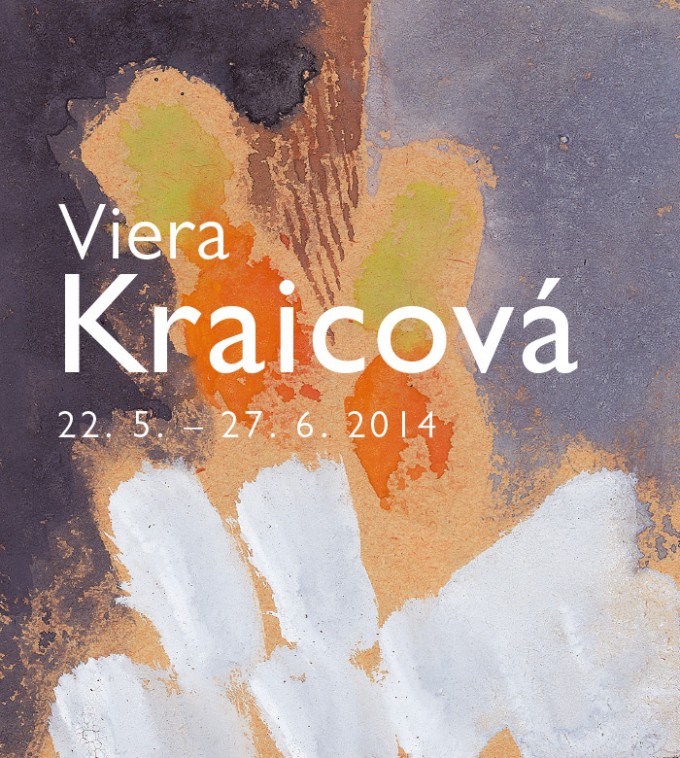 is one of the most distinctive figures of Slovak painting of the second half of the 20th century. The selection of the painter’s works presented at the Zlín exhibition is unique for several reasons: it features paintings from private collections, unknown works that have so far neither been exhibited nor published, the first showing of which will definitely represent both a discovery and a stimulus for further mapping and interpretation of the author’s work. From a collector’s point of view, it is a perfectly balanced collection, representing all basic forms and shapes of Kraicová’s spontaneous talents as painter and colourist – from drawings, distemper studies of paintings, and small forms of the so-called New Year Greeting cards to oil paintings from different periods of her work.
In an outstanding way, almost in a nutshell, the exhibition maps her development as a painter - from the beginnings, when she was putting to a test the semantic capacity of an elementary, magical character, being one of the first artists in Slovakia to test abstract expressions and experiment with them. In the early years, the colouring of her works was very delicate, rather subdued, built on the interplay of only a handful of colour shades, but later it became powerful and full-bodied and the artist became one of the foremost colourists of Slovak painting. The most important period for the development of her style were the 1960s, a period in which she experienced an almost eruptive outburst of creativity. With a stubbornness of a discoverer and an investigator – unusual for a woman – she began to uncover new ways of visual expression, unknown in Slovakia until then. The culmination of her work, which came in the second half of the decade, is represented in the exhibition by several distemper sketches for larger compositions. Kraicová‘s programme of spontaneous painting reached radical and unique levels: it was based on the re-melting and crossing of multiple stimuli of gestic and lyrical abstraction, mixing in a special way figuration with abstract expression.